How do you react when someone says something, negative about what you are doing? Each person has a gift in certain areas of their lives. For me, I have a gift for writing; however, my singing is a different story.  What about you?

Does it bother me, if someone says something about my singing skill? No, it does not bother me; as I already know the truth. It’s why I sing for fun and not try singing on American Idol. Though I’d appreciate Simon’s commentary; it is not necessary.

What if, I say that I’d prefer an open rebuke over a loving comment that is never spoken. Confused? What am I talking about? Shall we begin with an illustration? 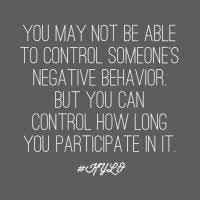 For years, I have been told “You sing like a cat that swallowed a canary!” It would come; each time I’d sing near this person. She thought it was a joke and the person never gave thoughts to her words.

In truth, I was hurt by this repeated commentary and I grew to think others thought the same thing. Though I did not stop singing; I did not cultivate this gift. It’s still a gift; even if you’re not great at it.

How is this mean-spirited comment related to an open rebuke? It’s quite simple. There isn’t one; as the joke is clearly not a rebuke. It simply mean-spirited. I had a similar experience with someone saying “The writing is just a hobby.”

Such comments help no one. These negative comments can only foster negative thinking in one’s self. For this reason, I would agree the “no negativity” crowd. Such negativity can readily destroy one’s ability to grow and pursue a person’s dream.

At the same time, we can go overboard with our desire to avoid all forms of negativity. By overboard, I am talking about the avoidance of the truth. What am I saying? Let’s continue my talent for “singing”.

In college, I discovered that my singing is “off-key”. That is, I was not hitting the right note, when I sang “Joy to the World.” As I do have a conductive hearing loss, I am not too surprised. I discovered it, when a friend kindly pointed it out.

Did you catch it? A friend kindly pointed out the truth. His comment is a far cry from the old “cat swallowed a canary” remark. Though they were joking; the friend did not ridicule my flawed attempt or say it, in a mean-spirited fashion. Thankfully, my friend was not caught up with a fear of saying something that’s negative.

Our mouth will often speak from the overflow of our heart. Though we may hide behind a veil of nice sounding words; there is no escaping the reality of the content of one’s heart. What is in your heart? How does this relate to the topic of negativity?

The person, who uttered the canary remark had a serious problem. I don’t think the person was intentionally mean; however, the person was functioning out of a place filled with pains and hurts. These pains can influence our responses to the world around us.

What is my point? Though my singing isn’t great; the problem is not me singing. The problem lies with the first person. My poor singing did not call for such a joke. Please note, the person made the remark, multiple times. That’s why I can remember it. It got internalized.

That’s why I don’t want to say anything, negative. I’m afraid of discouraging someone. For this reason, I suspect many people are afraid of saying the truth. Don’t be afraid to speak the truth in genuine love and kindness.

A kind word spoken in love can be a great help; even if it’s negative.  It’s not to be confused with the baseball bat method. One is a kind word of correction and this method can open many doors.

What if, the person doesn’t want to listen? The choice to listen belongs to the listener; it doesn’t belong to you. If they listen, then your words help the person. At the same time, the sweetness of one’s words DOES increase persuasiveness.

For this reason, the baseball bat really doesn’t work. If anything, it can achieve the exact opposite. Who’s more likely to listen? Is it the guy hiding behind a desk of fear of the angry disability advocate? Is the same guy facing a kind and reasonable disability advocate, who speaks with kind words?

If it was me, then I’d probably listen to the second advocate; even if I’m not in agreement. I don’t know anyone, who’d like to deal with the first one. The reaction is most likely one of “Get away from me!”

I am sorry about the seeming bunny trail. It is an unrelated story that speaks to the same truth mentioned earlier. I’d rather have a kind word of correction about my singing or writing than a harsh word about these two talents.

According to Proverbs 27:5, an open rebuke is better than love that’s never expressed. A rebuke is a harsh word that is meant to help and not hurt. For this reason, I would encourage a habit of talking with God, the Father about it. The Holy Spirit is quite capable of helping you to discern the difference between the two.

Some time ago, someone said, “There is a problem with your writing. It’s not very clear and you need to do a better job in proofreading.” His words were true and I desperately needed to hear it.

At the same time, I was under a great deal of stress and it was affecting my writing. If he hasn’t spoken, then I’d have missed the clear signs of trouble for my blog. Thanks to his comments, I endeavored to fix my problems.

I’d say that Inspiration Point is better for it. My old college friend and this guy have something in common. Their words were not meant to be hurtful; rather, they were helpful. Of course, I did have a role to play.

Are you struggling with the right words to say? You’d like to say the truth; however, you are afraid of being harsh. Don’t be afraid to ask Jesu, for help. Prayer is often a great starting point. Talk with God, the Father about the situation and listen to what the Spirit is saying.

The above suggestion applies to situations, when you’re on the receiving end of a seemingly negative word. Talk with God, the Father about it. The Holy Spirit is quite capable of helping you, with it. It’s okay to be real with Jesus; however, you should not be surprised, if Jesus answers. It may not be, as you think.

“No negativity” should never be used to avoid the speaking of truth; even the ones that are not pleasant. The same thing applies to the listening to such words.  Such truths should always be done in a spirit of love and kindness and it should not be done in anger.

For this reason, grace is often needed on both sides.